The Next Tech Generations 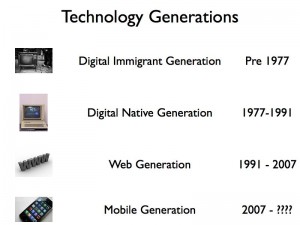