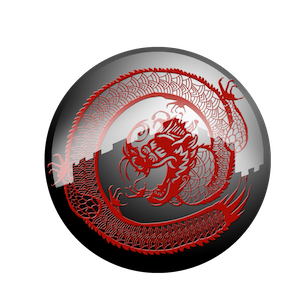 I have been home five days now from my month long around the world trip (way to long…learned my lesson on that one!) and it is time to start writing down some of the things I was involved in, witnessed and helped to push forward in schools from Europe to Africa to the islands of Indonesia.

But first I want to start with, what is still shocking to me, probably the best conference I get to attend. The Learning 2.012 conference that takes place in Asia every year. A conference that I helped to start back in 2007 and that continues, in my book anyway, to push the boundries of how conference formats need to change with what we understand to be good learning and good use of our time together.

Learning2 when we started it back in 2007 was founded on a couple simple principles.

Since this conference was founded never has there been a repeat of what the schedule looks like. Each year the orginzing committee has the option to start with a clean slate. Do something different, do something radical, try something new….and every year they do. Some thing work and some thing don’t work but you know what…we call that learning and that’s what Learning 2 is all about.

Learning 2 was started, and is still seen, as a technology conference. But every year as people write reflective blog posts about their experience the shock is always; this is a conference about learning and technology just happens to be a part of it. Even in my session this year when I had people brainstorm in groups on what they believed “Flipped Education” was on a piece of chart paper with markers, I got looks. Yet this technology in a group setting is a perfect fit. Actually….I’m not really interested in the product (the paper) but the process of people talking, of coming to an understanding together. That’s what a conference is about.

That leads me to the most important part of this conference. The idea that learning is social. I say it as often as I can that if you are going to a conference for content you are going for the wrong reason. Content is free and open, connections are not. This conference has some of the best happy hours of any conference I have attended. Social is good and in my opinion undervalued at most conferences. Alcohol and food helps. People are happy, people are talking, people are connecting. That’s what conferences should be about. Being social both in sessions and out.

Each year a part of the conference focuses on helping teachers to connect to each other. This year they were called “cohorts” in which a common group of teachers spent 3 hours together over 2 1/2 days connecting on different fronts. I was a cohort supporter to the amazing Chrissy Hellyer in the Primary Teacher group. By the end of the 3 hours together we had teachers exchanging e-mails, twitter handles and creating global projects. That’s what a conference as a connector is all about.

This conference has always taken risks…and if you know me…that is probably what excites me most about this conference. In 2007 when Twitter was barely known outside of the geek world we made every participant…all 450 of them, sign up for a Twitter account and made it a key part of the conference. To this day I still have International teachers come up to me and tell me they started using Twitter at that conference.

This year had it’s own story that I think shows how being flexible, pushing, and constantly recreating itself makes for an amazing conference.

Since 2007 Learning 2 has always used Flickr to host the images for the conference. In 2007 it was the best tool for the job, it was where the community was, and it was easy. Upload your images, tag them with learning2 and we could all search and see them.

Why did we use Flickr in 2012? Because history told us that is what we did. But technolgies change. Crazy as it seems 2007 was the launch of the first iPhone. So photos by phone has just started. The technology was new, the idea of uploading straight from the phone to flickr was new, the world was changing.

Fast forward to 2012 and everyone takes pictures on their phone and hardly anyone carries a seperate camera. The technolgy has changed, what we can do has changed, and so has the community.

2 hours before the conference is do to start there are only 2 pictures on the Learning 2 flickr group. It surprised me as I know people had been in Beijing for days. But for some reason they weren’t sharing their images on flickr. While sitting in one of our last planning meetings Kim, Dean and I started talking about Instagram and how they (Kim and Dean) were sharing their images there. In fact there were a lot of Learning2 images being tagged and shared on Instagram.

We’d I’d missed it….the community has moved. The community and their smart phones had moved to Instagram and we I still thought they were on Flickr.

This is what makes Learning2 special. Take a look at the #learning2 hashtag on twitter and read some of the other reflections that have been written and I’d bet you can put them into one of these cateogries above. That is the purpose of this conference, that is why this conference sells out in a month and a half and that is why if you want to attend next year you better keep your eye on http://www.learning2.asia.