Google, Android, and the Future

(Full Disclosure: I own stock in Google)

The more I read about what Google launched at Google IO a couple of weeks ago the more I’m convinced that I’m going to continue to love Google and its products as well as where they are taking us into the future. 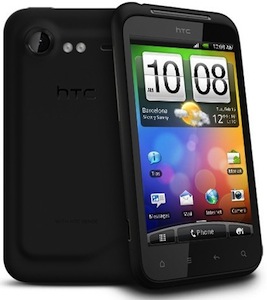 3 weeks ago I traded in my iPhone 3G for an HTC Incredible S that had just been released in Taiwan and I haven’t looked back. The speed, the form factor, the 8MB camera on the back and 1.3MB camera on the front…and an open platform.

I bought my wife an HTC Desire a year ago and we both fell in love with it. It was my wife’s first Smartphone and she was nervous at first about figuring it out. 2 weeks later she couldn’t live without it.

When it comes to Android what I love is that because it’s open-source companies can take the base product and put their own spin on it. I love what HTC has done with their HTC Sense interface on top of Android, it really gives it a polished finish that rivals any iPhone.

I also like the idea of widgets that you can put on the screens. I’m all about reducing my clicks, and having my calendar, contacts, and friend stream always open saves mini-seconds of time throughout the day that add up.

But what I think excites me most about Google and Android is the future.

At its recent Google IO conference they talked about Android@Home where they are releasing open APIs that companies can use to build into their home products like refrigerators, light switches, sound systems, etc. If companies adopt the standard then smart-appliances are in our not to distance future….and again because Android is open it basically could runs in the background allowing each company to put their own look and feel to the user interface (UI)

Then there is what Google continues to do with automobiles. We already know they have a car that can drive itself, but now they’re partnering with Ford to make our cars even smarter.

Google has shown again that creating open platforms in the long run win out. There are now more Android phones in the US than iPhones and it’s predicted that by July there will be more Android apps than iPhone Apps.

Then there’s the app building piece which, I’m not sure if they did this on purpose or not but looks and acts a lot like Scratch the MIT game building software.

So a school could have a computer game building class one year and the next year have an App building class where the skills build on each other (please tell me there are schools out there doing this?).

Wikipedia beat Encarda, Linux is the backbone of the Internet, Blogs beat newspapers, and Twitter is taking down nightly news.

In the long run open wins, it gives people choice and allows for creativity.

The Importance of Failing

When you’re pushing, when you’re being innovative, you’re gonna have failures….and I for one like to celebrate those. Good companies (and teachers) can fail big, get back up and try something else.

I really wish I could convince educational leaders in this notion (as I wrote here). Google products are always in constant Beta. They still make somewhere in the neighborhood of 500 tweaks to Google Search. Google Docs is constantly getting updates and tweaks, and the same goes for Chrome, Maps, Android, and most other products. They are constantly innovating, seeing what works what doesn’t. Building on the positive and throwing out the negative.

Teachers do this daily with their students, constantly adjusting to student needs, what’s working, what’s not….however are we doing it at an organizational level? Or is education “good enough” and we’ll continue to build curriculum like we’ve always done.