Standards and Benchmarks are Crap 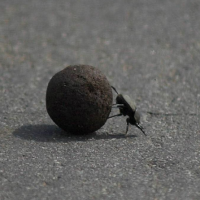 You know when you’ve been thinking something for awhile but it’s not very popular so you never say anything…..and then there’s a conversation that gets you going and before you know it…things just come out?

OK….so maybe this doesn’t happen to you…but it does to me….often actually. Think before I speak is something I obviously need to work on.

Today while kicking off another CoETaIL Cohort here at the #ETC11 conference this came rolling out of my mouth…and of course was tweeted right away.

what are the essentials of learning? @jutecht might have said something like “standards and benchmarks are crap!” too funny! #etc11less than a minute ago via TweetDeck

“standards & benchmarks are 20th century crap!” quote from @jutecht #etc11 #coetailless than a minute ago via TweetDeck

Yes….I’ve been thinking this for awhile. I’ve been having an issue with standards and benchmarks (S&B) for years. Specifically how they apply to technology in schools. Read here, here and here.

School has changed, we used to learn “just in case” now we need to be teaching “just in time”. (OK…schools haven’t changed but they should)

The way schools are applying S&Bs is frustrating me…especially in the American system where we’re getting to the point in many schools where everyone is on the same page at the same time learning the same standard. Forget if kids actually master the concept because we need to move on to the next standard.

S&Bs are 20th century thinking that we’re still trying to apply to a 21st Century world. A world were essential habits and attitudes of learning are what we need to be focused on. Where meta-congnitive skills and the ability to think about our own thinking will serve our students better than learning their times tables (I have access to 4 calculators within hands reach as I type).

So the conversation then is what is learning about? And as the tweet above states: What are the essentials of learning?

My current school I think is on the right track. What I would love to do is throw out all the S&Bs and tie everything we teach to our definition of learning. Your school has defined what learning is right? Here’s ISB’s Definition of Learning:

Learning is the primary focus of our school and we recognize learning as a life-long adventure. We value meaningful learning where students construct enduring understanding by developing and applying knowledge, skills, and attitudes. Increased understanding is evidenced by students who:

So the question is: What’s the “stuff” that we teach?

What if it was “stuff” students were passtionate about?

What if we gave students full autonomy, purpose, and the ability to master things?

What if school was not about content but about skills and attitudes?

What if students were “judged” on these 7 definitions of what it means to learn?

Yes….I know this idea has holes

Yes….I think S&Bs are 20th Century Crap that we’re trying to fit into a new world where content no longer rules. S&Bs have been disrupted by technology but we won’t can’t let them go because we fear the unknown.

There…I said it….what a weight off my shoulders.