I wanted to follow up on the reverse instruction lessons I’ve been working with teachers on.You can read the first blog posts here on the outline in English and U.S. History.

Here’s a bit of the chat conversation:

‹Alex› what if there was no external validation? wouldn’t we all become crazy?
‹TK› we cant live alone isolated within ourselves ‹Holden Caulfiel› yes, by definition
‹Jenna› @TK, well thats because we were brought up that way ‹jutecht› @Alex….yes
‹Holden Caulfiel› a crazy man is one who lives in his own reality
‹Stporn Mint Nit› @Alex – we kind of “create” our own life. we think in some way. we act in some way. and we face consequences according to our actions. however, the existence of others may also affect the way we think in some cases?
‹Holden Caulfiel› however, the reality he lives in, is his own
‹Holden Caulfiel› therefore, he sees everything that everyone else sees, but his perception is skewed
‹Jay› Do we have the right to say someone is crazy then?
‹Jenna› so then a crazy  man can also be an existentialist?

That’s only a snippet of a chat-room that involved 8 students that was very intenses both in speed and in depth of thinking. This was the first time any of these students have been in a chat-room for this type of learning and the feelings where mixed about whether or not they liked it…..let me rephrase that. They all loved the chat-room but they were split on it’s relevance to the fishbowl discussion.

“I felt like I got sucked into the chat and wasn’t listening to the discussion in the fishbowl.”

“I liked it….it was great to grab something that they said in the middle and have a deeper discussion about it.”

The students felt they were missing the conversation in the middle of the fishbowl being so wrapped up in their chat. However, they all agreed that the learning/discussion in the chat was just as valuable…the problem was they wanted both! 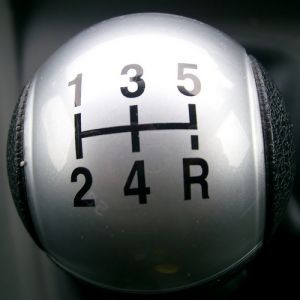 Debriefing with the teachers afterwards we found about what I expected. That some of the quieter students in class discussions shined in the chat-room. Whether is was just more time to think and write, or not being overshadowed by more vocal students, both teachers found shining moments for some of the more shy kids in the class in the chat-room. Some of the shyer students even asked if they could just keep doing the chat…it was more comfortable to them while those more vocal seems to want to…well…talk. 🙂

I think everyone could agree one of the most powerful aspects of the Fishbowl activity was having the students talk about what they learned from reading their classmates blog entries. To be sitting on the outside of the circle and hearing other kids quote your blog….was pretty cool…even if the kids wouldn’t always admit it…the smiles on their faces when they were quoted was all you needed. The quality of the blog posts and writing was another fantastic outcome from this experiment. You can read some of the blog posts here and their in-depth thinking as they found research and then tried to make sense of what it was they were reading. It was interesting to read these blog posts next to some of the others the students have posted. In this blog post they had an audience (the other half of the class) and they knew that their writing was going to be read. Creating that audience for students in the beginning of blogging is so important. Give them an reason to do their best writing…and “somebody might just happen to read it” is not a good enough reason for an 11th graders.

We’re halfway through the experiment and we continue to talk to the students as now we have new essential questions and the roles within the class have been flipped. I’m looking forward to what this looks like on a common assessment.